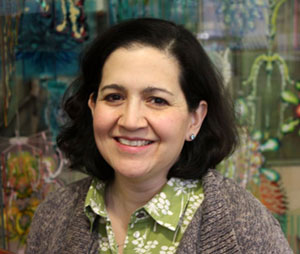 Dr. Jetton is a Clinical Associate Professor in the University of Iowa Stead Family Department of Pediatrics and Division of Nephrology, Dialysis, and Transplantation. She completed her undergraduate education at Harvard-Radcliffe Colleges in Cambridge, MA, with a degree in Psychology. After college, she worked at Massachusetts General Hospital for three years as a study coordinator for several NIH-funded studies of children with ADHD and their families. She then did a two-year tour of duty as a teacher and coach at St. Austin’s School in her hometown Austin, Texas, while her husband completed business school. Between 1999 and 2010 she completed medical school, residency, and fellowship training at Baylor College of Medicine / Texas Children’s Hospital, had three kids, adopted two cats and a dog, and enjoyed living in Houston, Texas. In 2010, she left her home state and moved to Iowa City, Iowa, to join the rapidly growing pediatric nephrology division at UI and has been there ever since. Her clinical and research interests include acute and chronic dialysis and neonatal acute kidney injury. She served as the Medical Director for the Pediatric Dialysis Center from 2012 until July 2018, when she stepped down to focus on her role as the Director of Pediatric Medical Student Education. She takes advantage of this role to recruit (somewhat shamelessly) every medical student into the field of pediatric nephrology. She serves on the Board of Directors for the Heartland Kidney Network as well as the National Medical Advisory Committee for Make-A-Wish America and the Board of Directors for the Make-A-Wish Iowa chapter. She has loved serving as a steering committee member for the Neonatal Kidney Collaborative and is thankful for the opportunity to work with so many neonatologists and nephrologists from other centers. Outside of work, she enjoys live music (especially Lyle Lovett), reading, and traveling with her family.